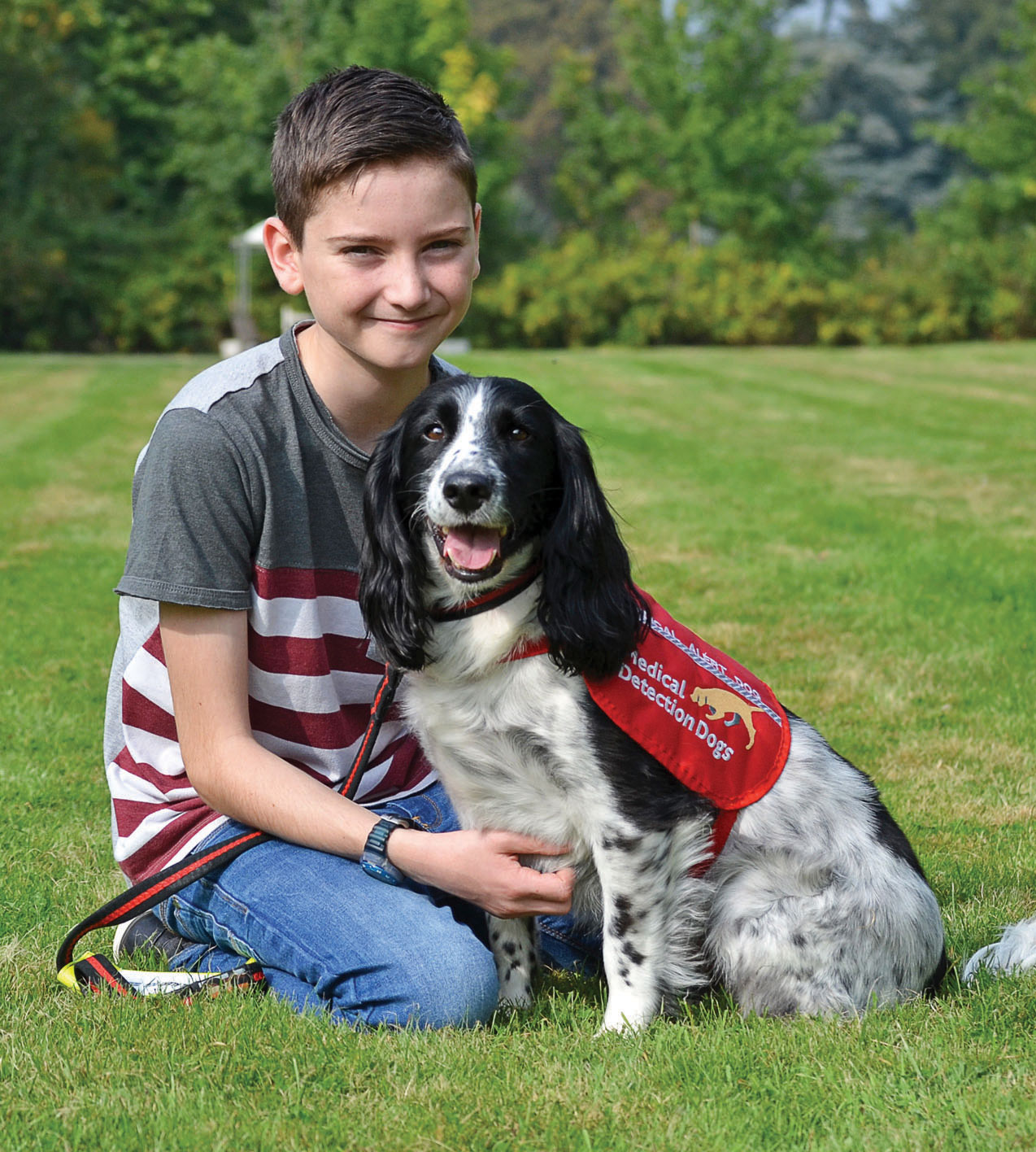 Roots and the Downings

Neil Downing and his son Jack are the first people to share a Medical Alert Assistance Dog. Roots has been specially trained to sniff out drops in Neil’s and Jack’s blood sugar, long before they begin to experience any ill effects, so they can treat themselves before their condition escalates to a medical emergency. Both Neil and Jack had been relying on Neil’s wife, Sarah, to spot the signs of an oncoming hypo. “We have always tried our best not to let diabetes stop us doing anything, but we’ve always had to be careful as we are not always aware when we are getting low blood sugar,” says Neil. “This has always been particularly hard on Sarah as she is constantly on alert. She is very good at spotting the signs but it is hard work when there are two of us.” It is harder for Jack to control his diabetes because of his age. Going to a friend’s house for tea is very difficult and sleepovers are out of the question. Roots divides his working day between Neil and Jack, sometimes going to work with Neil. Before Roots moved in with the Downings, Neil and Jack could collapse with very little warning. Sometimes Sarah would go downstairs in the night, wondering why the TV was on so late, to find Neil unconscious on the sofa. Neil says, “Now Roots is around there are no dramatic stories of Jack or me collapsing. He now goes and gets our testing kits and gives them to whoever is low. Sarah is less stressed now when Jack and I go out together because she knows we have Roots as a safety net.”