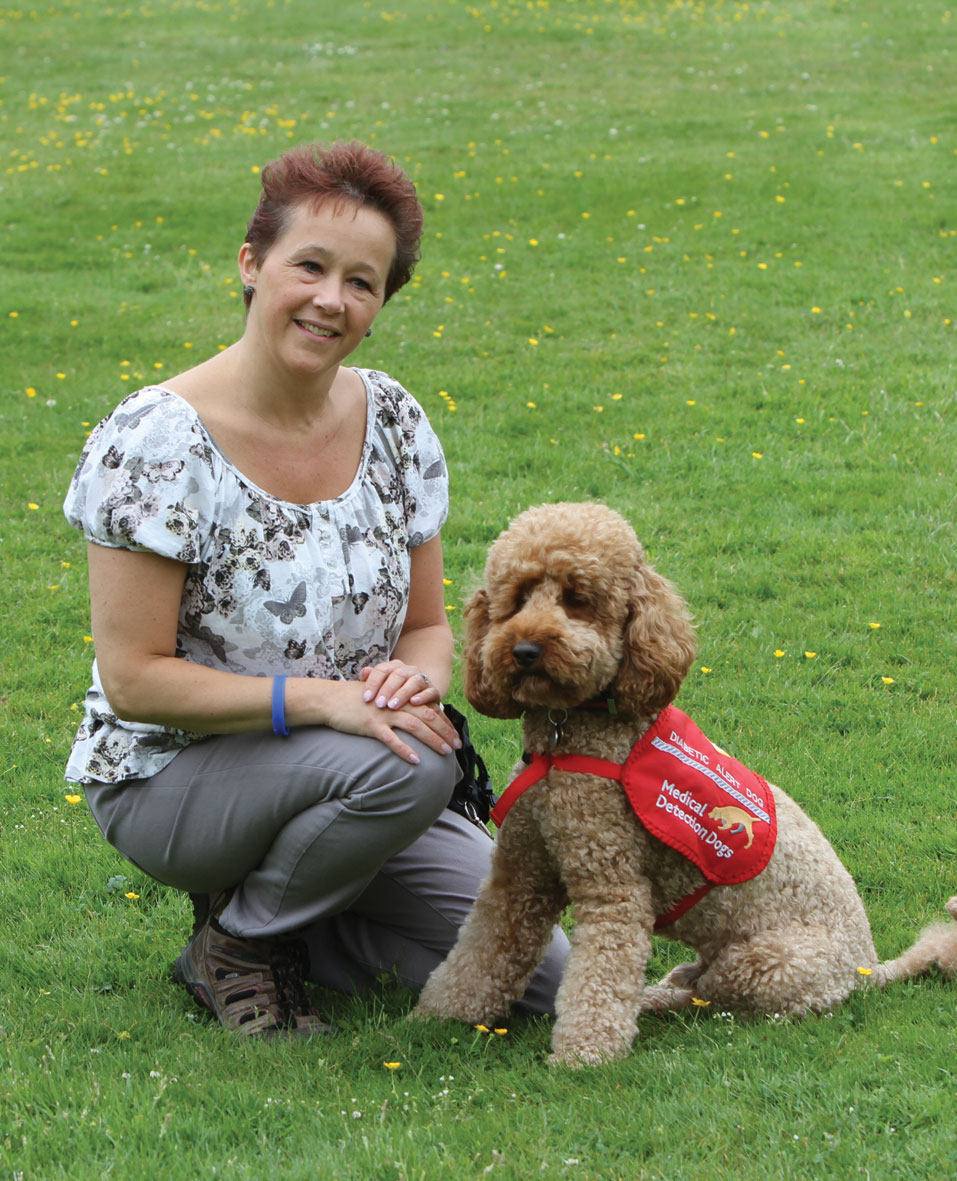 Sue always had difficulty managing her blood sugar but following a bad infection in 2006 she lost all hypo awareness symptoms, With no idea what her blood sugars were she started to collapse more frequently without any warning. With help from the diabetic specialists she spent years trying to stabilize her diabetes and was in hospital for weeks at a time. Eventually she was put on an insulin pump.

Sue tells us, “This helped to control some of my higher blood sugar readings, but I was still experiencing up to five hypos a day. I suffered broken bones and other injuries with many of my collapses requiring paramedic call-outs. As time passed my health was affecting my family as I could not be left alone or go out anywhere by myself. My work in education was suffering and after a consultation with Occupational Health it was decided that I could not be left alone or supervise groups of students without another adult present. The prospect of losing my job was becoming a reality.

“Then in June 2011, I received the telephone call I had been waiting for. I was to receive a Medical Alert Assistance Dog, Casper, a miniature poodle. I bonded with him instantly and he has fitted right in with the family. Everyone that meets him says he is the most laid-back dog they have ever seen. Casper attends school with me and takes the attention of 1900 pupils in his stride. He sits next to me or follows me around the classroom, always keeping me in sight. Casper is doing well keeping up with my hectic lifestyle. He has been to the Imperial War Museum on a school trip, run in the 800m on sports day and been to see Harry Potter at the cinema. I have already gained confidence having Casper around and can truly say he has already changed my life for the better.”