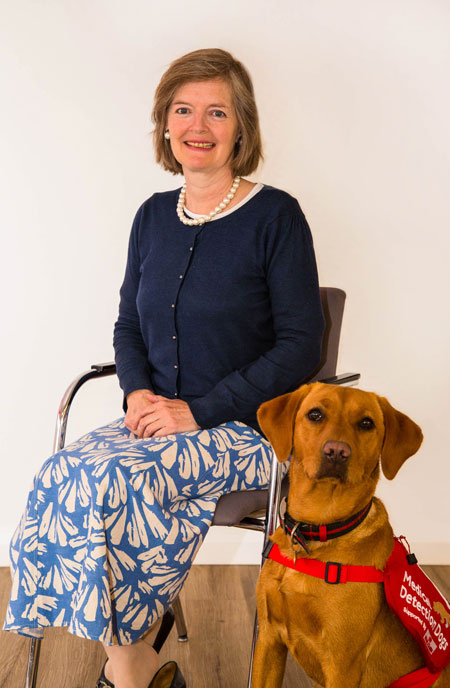 Betsy Duncan Smith is an active fundraiser for Medical Detection Dogs and she says it is a huge honour to work with the trustees, staff and volunteers of the charity whose inspirational leader is Dr Claire Guest. She finds the work of Medical Detection Dogs to be truly pioneering, with its potential not only to benefit those whose lives are transformed by being united with an alert dog but also in the early detection of cancer that is so vital in the prevention of spread of that disease.

It was after Betsy went through chemotherapy and radiotherapy following a late diagnosis of breast cancer in 2009 that she first visited Medical Detection Dogs, having heard about their unique research into early detection, and she was invited to become a Trustee in 2012. She is also involved with the Centre for Social Justice, is a Patron of the Woodford & Wanstead Association for the Blind and is a Trustee of Swanbourne Estate.