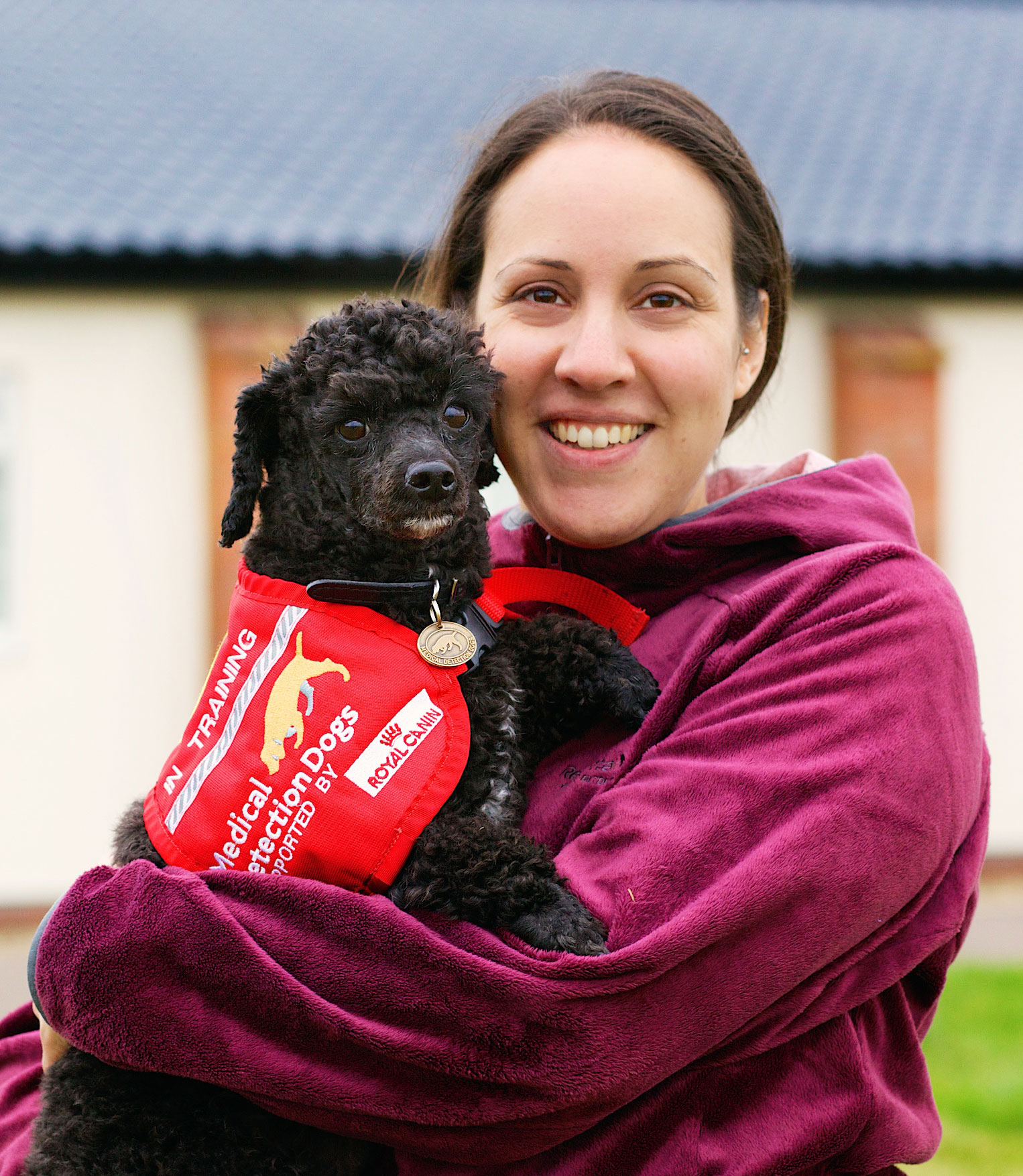 As well as being Yasmine’s little companion, Nano serves a very special function in her life as a nut allergy dog. Yasmine, who has been allergic to nuts since childhood, recalls her first serious reaction. “A few years ago, whilst on a business trip to China, I had to be hospitalised after eating nuts by mistake. This was my first experience of an anaphylactic shock, and just three weeks later, I was back in hospital after a similar episode at a festival in Germany.”

Yasmine was immediately referred by her GP to an allergy clinic in Birmingham, where she was diagnosed with a severe allergy to peanuts (also known as ground nuts) and other common ‘tree nuts’ that we eat in Britain. As sufferers know too well, these types of nuts and their traces can be present in many places and products, often with no easy way to spot them from a distance. For Yasmine, it is difficult enough navigating her way around such a minefield at work and in public without experiencing the apathy of others. “People often perceive you as overreacting or being difficult,” she says, worried that without precautions, she is more likely to come into contact with nuts. Shaken from her two terrifying experiences, Yasmine was desperate for a way to minimise the risk of further reactions. Research pointed her to Medical Detection Dogs – seemingly the only option in Europe for this kind of work – and it wasn’t long before her application was accepted as a trial study. Nano took beautifully to his training programme, developed by the charity. Thanks to trainer Colin, he is now a qualified Nut Detection Dog.

Nano shows off his scent recognition skills, alerting Yasmine to the presence of nuts in various environments, such as detecting nuts on her colleagues’ desks and in drawers. Nano’s Medical Detection Dogs jacket is also having an effect. “The local pubs and cafés know why he is there and they take more care about what they give me. The woman behind the counter at the local deli recognised Nano and asked me if I wanted her to change her gloves to prepare my sandwich.” These gestures make all the difference to Yasmine. and now Nano is fully trained he accompanies her everywhere to double-check her food and surroundings. She can now enjoy life, reassured that she can avoid potentially life-threatening contact with nuts.