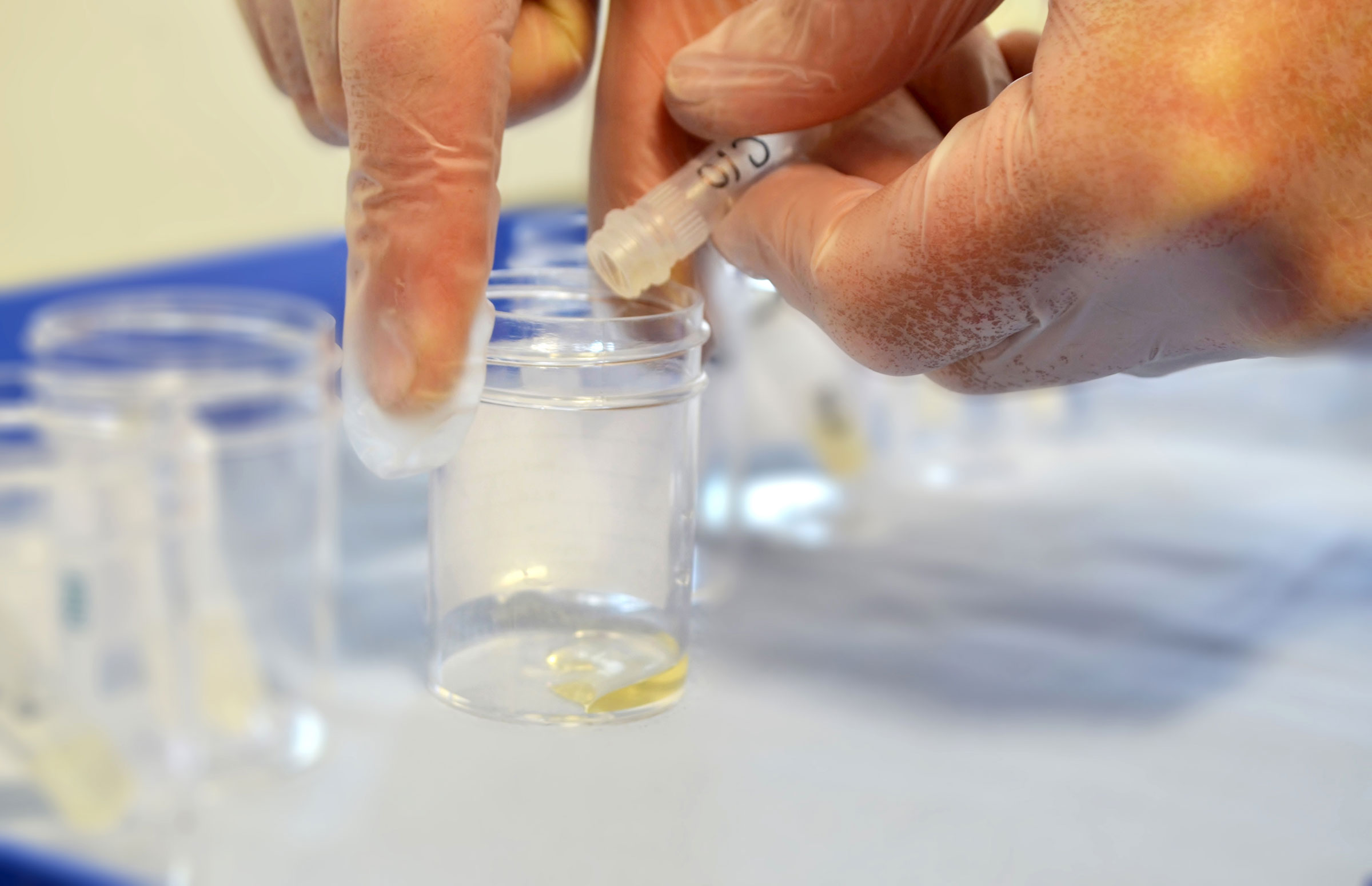 The need to find an early, accurate, non-invasive way to test for prostate and other urological cancers is driven by the desire to spare many men undergoing unnecessary biopsies.

Research into the ability of dogs to detect certain cancers through odour is now well documented, but to date an effective, inexpensive, deliverable and reliable alternative to the PSA test remains elusive. Our research will provide new rigour behind the science and take us nearer to being able to deliver a test that keeps men out of the operating theatre.

The aims of this study are to:

We are potentially on the threshold of delivering a very accurate, fast and inexpensive way to diagnose prostate cancer at an early stage, while also paving the way for future technologies to be able to deliver electronic testing equipment into every GP surgery.

Our research is breaking new ground in a number of ways:

Background to our work

Increased PSA testing has delivered a dramatic increase in the number of men whose cancer has been detected early, leading to a corresponding increase in survival rates due to the medical profession’s ability to intervene earlier. However, these tests regularly require biopsies to firmly establish both the presence and severity of cancer.

It is well known that dogs possess exceptional olfactory acuity, and there is evidence elevated levels of a variety of volatile organic compounds are associated with tumours. During tumour growth, it has been established protein changes in malignant cells lead to peroxidation of the cell membrane components, which produces VOCs that can be detected in the headspace of the cells. Dogs appear to be able to detect and distinguish these odours. These changes during tumour growth may allow us to train dogs to only seek out certain severities of prostate cancer. Unfortunately, many studies into canine olfaction have had limitations that can result in overestimating the accuracy of the dogs; consequently, an unbiased assessment of the accuracy of “sniffer” dog detection of cancer is needed.

Medical Detection Dogs Charity has funded and published previous research studies on canine detection of diabetes and cancer and is now focusing on the detection of urological cancer using samples of human urine in this double blind trial.

In conjunction with the University of Bedford we will also conduct molecular biomarker analyses to attempt to identify and isolate the VOCs the dogs are detecting. Undoubtedly the greatest potential clinical impact lies in the training and testing of dogs to detect prostate cancer. This is the urological malignancy where the addition of another clinical test through the detection of associated volatiles would have maximum impact for patients and clinicians and lead to the development of future methodology. In addition, there are potential benefits for healthcare systems with fewer resources.

Our research will potentially have far-reaching impacts both in the short and long term: