Sponsor Chip and help him save a life today.

Sponsor Chip from just £5 a month and you will receive a fantastic welcome pack and regular pupdates following his training. 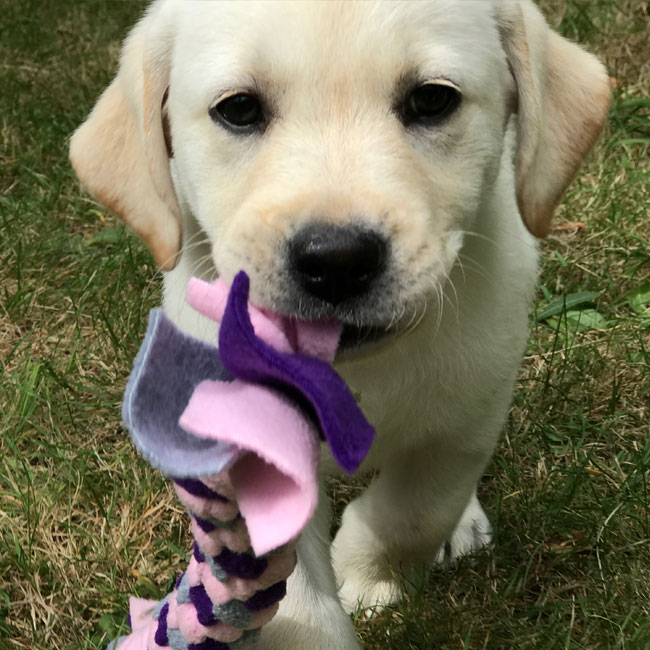 Hi I’m Chip. I’m an inquisitive and confident puppy and with your help I can train to become a life-saving Medical Detection Dog.

Sponsor Chip from just £5 a month

What do you get when you sponsor a puppy?

For £5 a month / £60 a year
A welcome pack, including an adorable fridge magnet, window sticker and regular pupdates from your puppy.

For £10 a month / £120 a year
A welcome pack, including an adorable fridge magnet, window sticker and regular pupdates from your puppy.

You will also receive a cute, cuddly soft toy*

*Toy may vary from that shown

The difference a sponsor puppy can make 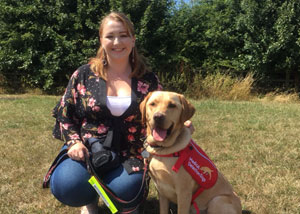 Elizabeth’s journey with PoTS has been a rocky one to say the least.

She only appeared to have black out episodes whilst doing judo and used to get some kind of warning beforehand. As time passed she began to feel more unwell in day to day life; was always extremely tired and dizzy, ached constantly, and had frequent heart palpitations and chest pain. Her black outs also started happening more and more frequently without warning, and whilst doing daily activities, such as school, shopping or watching TV. Elizabeth also had a fair few bad injures and concussions from dropping suddenly.

Henry and Elizabeth were partnered up and ready to give it a whirl in the real world. Elizabeth was blown away how much more relaxed, calm and safe her episodes were. Henry would alert, she’d sit down, and everything would run its course smoothly; no injuries or drama. With time his alerting became really strong and he hardly missed any episodes!

Henry has allowed Elizabeth to take her independence back and start living! He’s her wet nosed knight in shining armour and she couldn’t be more grateful to him.