These six noses could soon be trained to detect if someone has COVID-19 and play a vital role in preventing further spread of the pandemic in future.

Norman, Digby, Storm, Star, Jasper and Asher are ready to be assessed to work on a project to train dogs to detect the virus, and their noses could pick up its scent in as little as 6 to 8 weeks.

The charity Medical Detection Dogs will intensively train the dogs that pass the assessment to help provide a rapid, non-invasive diagnosis towards the tail end of the epidemic. They are working in partnership with the London School of Hygiene and Tropical Medicine (LSHTM) and Durham University

The collaborators have been speaking to government at the highest level and in the meantime launched a crowdfunder to start raising funds for the preliminary stages.

If successful, the dogs could also be able to detect subtle changes in temperature of the skin.

Once trained, the super six could lead the way for dogs to be used to identify travellers entering the country infected with the virus or be deployed in other public spaces.

The potential recruits could not be more different in terms of background and character, with half of them being rescue dogs, but they could all be life-savers. 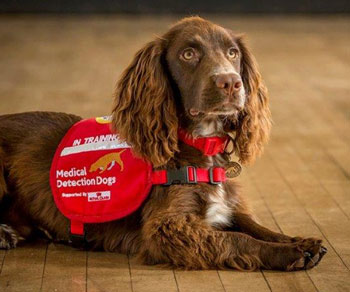 Temperament: The perfect mix of laid back and motivated

At home: Affectionate, full of life, the perfect companion 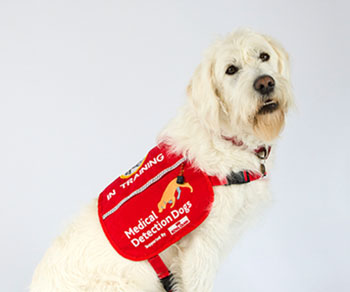 At work: A methodical, determined, thinker

At home: Laid back and friendly. Enjoys a nap

Likes: Toys, going to the park to see friends he knows 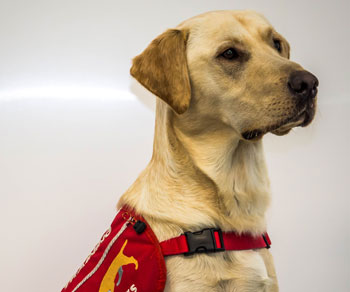 At work: Focused and loves to use his nose

At work: Keen to work and full of energy

At home: Loves playtime with her favourite toys, a nice long walk and a cuddle

Likes: Learning and playing with the other dogs

Background: Came to Medical Detection Dogs from a private breeder 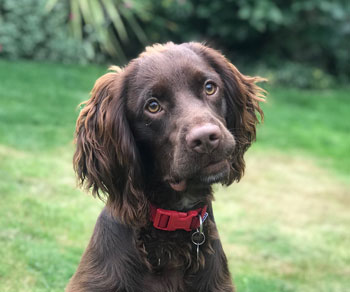 At work:  Fast but methodical

At home: Loves walks and adventures followed by a cuddle 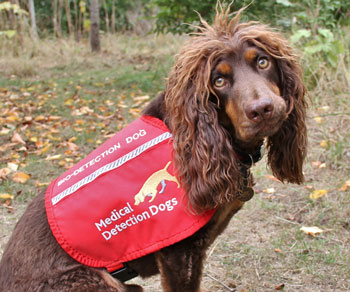 At home: Usually found playing in the field or snuggled up on the sofa

Likes: Using his nose, playing, howling to be let through doors

Background: Asher had a tough start and was rehomed several times due to his high drive and sensitive nature but now lives with the CEO of Medical Detection Dogs, Claire Guest

Dr Claire Guest, CEO and Co-Founder of Medical Detection Dogs, says: “Our aim is that some of these amazing 6 dogs will be able to passively screen any individual, including those with no symptoms, and tell our dog handlers whether they have detected the virus.  This will then need to be confirmed by a medical test.

“We will train them in the same way we train our other Bio Detection Dogs, in our training room, and then transfer them to detecting on individuals in a similar way to our Medical Alert Assistance Dogs.

“The samples that the dogs will be trained on at the centre will be deactivated (dead) virus and therefore of no risk to the dogs or handlers. When sniffing people the dogs will not need to make contact but will sniff the air around a person. The dogs will therefore not be in direct contact with the people screened to prevent the risk of spreading the virus.”

Medical Detection Dogs, LSHTM and Durham University have launched a crowdfunder to help raise funds for this proposal, to make a donation please visit https://www.indiegogo.com/projects/md-dogs-against-covid19#/