Dogs use sniffing to maximise the detection of odours. Sniffing consists of a series of rapid inhalations and expirations, normally 3 to 10, but possibly up to 30, during which the normal breathing mechanism is disrupted. Each nostril sniffs air from separate areas so that during sniffing there is a bilateral scent intake.

NOTE: the lateral slit at the side of the nostril 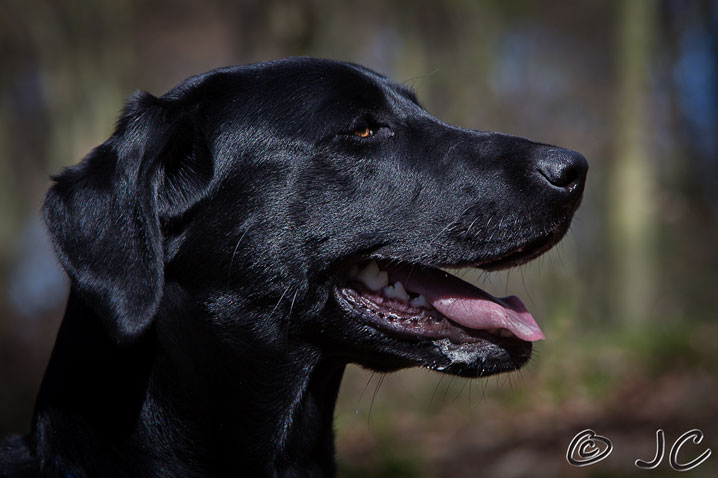 To maximise the efficiency during sniffing the dog needs each sniff intake to be unobstructed. Consequently, the expired air is passed out through the slits at the side of each nostril creating an air turbulence and allowing new odours to be inhaled directly into the centre of each nostril. 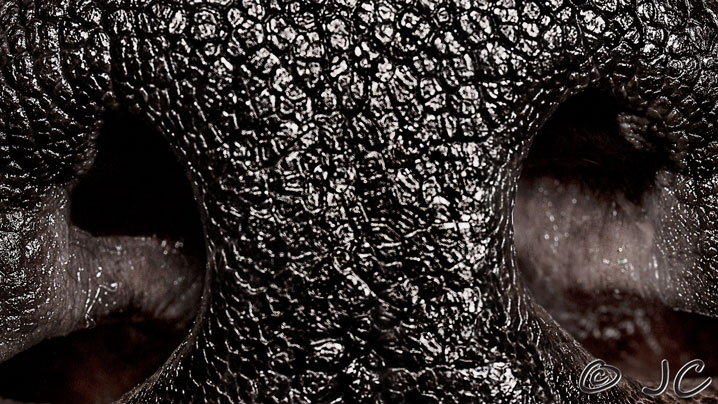 To enable this to happen, a structure just inside the nostrils called the alar fold (see above), opens allowing air to flow through the upper area of the nasal passages. When the dog exhales, the alar fold closes off the upper part and pushes air down and out through the lateral slits and the tiny wind currents created stir up even morescent particles. Watch for small puffs of dust rising up when the dog is sniffing close to the ground.

Importance of airflow during sniffing

A scientific article entitled ‘The fluid dynamics of canine olfaction: unique nasal airflow patterns as an explanation of macrosmia by Brent A Craven, Eric C Paterson and Gary G Settles’ [5] explains in detail the mechanics of the airflow to the olfactory system during sniffing. In their diagram below the dog’s nostril is coloured grey on the left. During sniffing the inhaled air in the dog separates into two distinct pathways. The upper flow path, approximately 12% of each breath and shown in red, passes straight to the olfactory region, which is connected to the olfactory bulb portion of the brain shown on the right. The rest of the air in the lower pathway, coloured blue, flows down the pharynx into the lung.

Long ears on dogs and wrinkles along the nose, such as in a Bloodhound, may help entrap odours during sniffing.